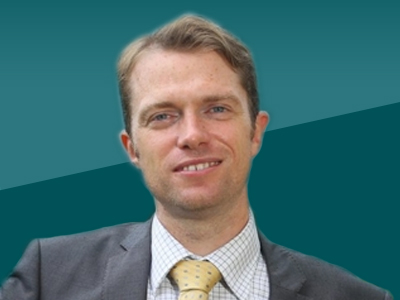 Sky Sports Racing’s John Blance gives his verdict on the 2020 renewal of the two-mile chasing championship.

Altior v Defi De Seuil v Chacun Pour Soi in the Betway Queen Mother Champion Chase on paper looks to be one of the best, if not the best race of the 2020 Cheltenham Festival.

The prospect of the 20 wins from his last 21 starts, two-time champion chaser and one of the greatest National Hunt horses of all time, Altior, defending his crown against his younger rivals and this season’s stand out two-mile performers from either side of the Irish Sea should quicken the heart of any jumps fan.

However, as those who remember the hype surrounding “Kauto v Denman II” in the 2010 Cheltenham Gold Cup know only too well, distilling championship races down to a small coterie of horses and forgetting the rest can be a dangerous game.

Nigel Twiston-Davies definitely took exception to it once Imperial Commander had bested his two more vaunted rivals a decade ago and, with that very much in mind, we’ll take a look at the claims of not just the big three, but a good few more besides.

I have also, for the sake of brevity, made the assumption that Min, Cilaos Emery and Duc Des Genievres will not run. I’ll look a fool if one of them wins, but that particular eventuality is not unheard of.

In the old days, Henry De Bromhead’s charge, who skated up in last year’s Close Brothers Novices’ Handicap Chase and beat Chacun Pour Soir at Leopardstown at Christmas, would have had to run in the Champion Chase.

But with the Ryanair Chase now well established he will almost certainly run in that unless the ground comes up really soft. If he lines up, he is a big threat to the top three, but I think he is far more likely to run in the two-and-a-half-mile championship.

We hear a lot these days about the importance of “festival form” during the cottage industry that is the Cheltenham preview night, podcast and procrastination circuit. Well, Altior‘s is second to none.

A Supreme Novices’ Hurdle win in 2016 where he beat Min and Buveur D’Air to name but two, a comprehensive six-length win in the Arkle in 2017 followed by his two consecutive Champion Chases in ’18 and 19.

Four out of four ain’t bad and while his first Queen Mother may well have been more impressive in terms of his visual superiority over the rest of the field, I tend to think his win last year was even more meritorious.

Settled just behind a strong mid-race pace set by known tear-away Saint Calvados, he could easily have been softened up for a closer. But even as the more patiently-ridden Politologue and Sceau Royal bore down on him in the latter stages he still found enough to beat them. The mark of a true champion.

His most recent win in the Game Spirit Chase at Newbury showed that he had left his much publicised failure at Ascot in November behind him and he will go to Cheltenham spot on for his hat-trick bid. Make no mistake, whoever beats him, if indeed anyone does, will almost certainly have had to put in a career best to do so.

Another horse with just one Championship entry – although he may well get one or two in the handicaps – who has sufficiently improved this season to merit consideration at the top level.

He was a good second in last year’s Grand Annual off a mark of 148 and the official assessor now has him down at 160 following a win at Graded level earlier this season at Kempton. A tough ask to trouble the judge but would be worth his place in the lineup.

My attheraces.com colleague Simon Rowlands has already written an excellent piece extolling the virtues of this fellow vis-à-vis the Champion Chase and I would urge anyone with a serious interest in trying to find the winner to have a read.

His run at the Dublin Racing Festival in February was a belter against the clock in lest we forget was only his fourth chase start for his trainer, Willie Mullins, and he did also take the scalp of Defi Du Seuill at the Punchestown Festival in the spring.

We therefore know that he is already very good, with the prospect of more improvement to come, but, at the risk of sounding like a sort of punting Donald Rumsfeld, we are still yet to know if he can produce this at Cheltenham.

He probably can; most top-class horses do. But some don’t. If you want to back him, I wouldn’t put you off and I wouldn’t want to lay him for a penny, but I would very marginally prefer one of the other top two if having a bet in the race was compulsory.

I have been especially impressed with this horse this year because he has shown a tactical versatility over the minimum trip which will stand him in very good stead at Cheltenham.

His win in the Tingle Creek came in a strongly-run race in which he closed out Un De Sceaux and repelled a doggedly staying on Waiting Patiently, while his victory in the Clarence House Chase at Ascot showed an ability to quicken spectacularly off a slow gallop.

That, allied to an already excellent Cheltenham Festival record, means that no matter who turns up to race against him he still has an excellent form chance.

A very interesting contender. Rated 155 as a novice, he’d been of the track for over a year before reappearing in the Game Spirit Chase at Newbury in early February. He jumped eye-catchingly well out in front before weakening in the closing stages to finish third.

A lot depends on how has come out of the race, but if it elicits improvement, both from a fitness and experience perspective, and he gets a nice position in the run, then he could certainly out-perform his current price.

A remote fourth in this last year and whilst he may be able to go ok again, especially if they go helter skelter out in front, it would be a massive surprise to see him get into what is in many respects a stronger renewal.

Still just a six-year-old and has done the rounds giving weight away in some of the big handicaps this season, actually beating Bun Doran in the Jim Joel Chase at Newbury. While clearly very useful, it would cause a major surprise if he were to get anywhere close to winning this, though.

Fourth and second in Altior’s two Champion Chases and second behind Defi Du Seuil at Prestbury Park earlier this season, it would be no surprise if connections decided to have a crack at the Ryanair instead.

However, if he did turn up on the Wednesday of the meeting instead of the Thursday, and a strong pace was assured in the Champion Chase, he would still be a decent each-way bet at what would almost certainly be a chunky price.

Travelled very strongly and looked a potential winner of this jumping the last twelve months ago before having to settle for third place. Similar comments applied in the Game Spirit Chase earlier this month as he loomed menacingly just as Altior was hitting his now customary “flat spot.”

At least he is not doubly entered at The Festival so will only run here and if you nab the 25/1 now, and he is still swinging away between the last two, it’ll get the old pulse racing.

Has not run in the Queen Mother Champion Chase since having a bit part in the emotional final festival curtain call of Sprinter Sacre way back in 2016. However, connections are reportedly very keen to run the veteran here instead of the Ryanair and his presence in the field should ensure a very solid gallop.

To leave it at that, though, would be to damn him with faint praise. He is a two-time festival winner who even at the age of twelve cannot be readily discounted on his two British appearances this campaign.

D A Jacob A King

held up in last, pushed along before 3 out, soon beaten, well behind 2 out, tailed off

John Blance gives his verdict on a mouth-watering renewal of the two-mile chasing championship.

Mike Cattermole on who will lift the intermediate chasing crown, the Ryanair Chase.