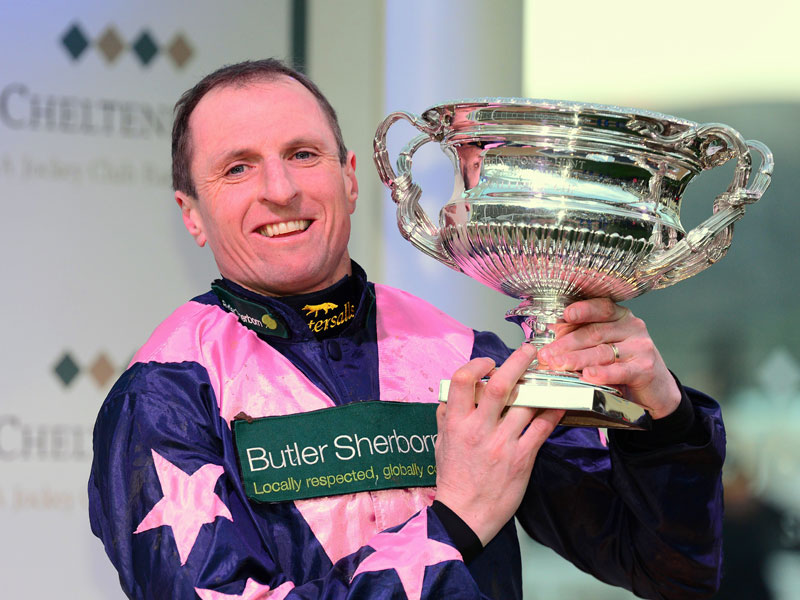 Jon Lees spoke to new Cheltenham Festival columnist and top amateur rider Jamie Codd as he seeks his tenth triumph at the meeting.

At the Cheltenham Festival the only thing that distinguishes Jamie Codd from a professional jockey is the Mr in front of his name.

Against full-time riders the leading Irish amateur does not look like a part-timer, and he has the record to prove it.

Codd’s nine wins at the meeting rank him seventh in the list of most successful current riders. This year, he will produce an exclusive daily column throughout the Festival for attheraces.com.

He trails the likes of Barry Geraghty, Richard Johnson and Davy Russell but he is in front of Sam Twiston-Davies, Paddy Brennan and Robbie Power.

Last year he rode two winners when he partnered Le Breuil to victory in the National Hunt Chase and the brilliant Envoi Allen to land the Weatherbys Champion Bumper.

And it is Codd’s association with Envoi Allen’s trainer Gordon Elliott, for whom he rides out, that is set to guarantee him more chances to add to his tally in 2020.

Codd’s own riding plans have yet to be finalised. At the moment his only job at the meeting is the one that pays his wages, as a Tattersalls Ireland sales representative.

But he can guarantee that Irish stables will be heading to Gloucestershire with another formidable raiding party.

This year he may find it difficult to look beyond Envoi Allen, the mount of Russell during an unbeaten hurdling campaign, who is hot favourite for the 2020 Ballymore Novices' Hurdle.

“The novice hurdlers are probably our strongest batch,” he says. “You have Envoi Allen, Abacadabras, Longhouse Poet, Elixir D’ainay, any amount of good ones coming out of Ireland.

“Then among the chasers is Al Boum Photo and Delta Work in the Gold Cup, Henry De Bromhead has a team that includes Honeysuckle, Minella Indo, Notebook and A Plus Tard and Willie Mullins will have his usual strong bunch and seems to have a hotpot in the Champion Bumper in Appreciate It.

“There is going to be the weight of expectation on Envoi Allen. He is very, very good. He is unbeaten. You’d like to imagine on what he has done that wherever he turns up, he might nearly win.

“Envoi Allen has been very good from day one. I was lucky enough to be associated with him last year. He has progressed to win all his races. He is there to be shot at, but something would have to go wrong for him not to be bang there.”

Codd, now 38, is the second winning-most rider in point-to-point history in Ireland where he has ridden 951 winners and is not ruling out riding on till he reaches 1,000. He has had 20 successes in the latest Irish National Hunt season.

“My season is going very well,” he says. “On the track I have a good association with Gordon so if he is going well, I’m going well.

“I am trying to stay injury-free for these festivals but I won’t be minding myself. The day I did that I would have to think about stopping. I will ride away as normal and keep my fingers crossed that I line up on the first day at Cheltenham.”

Codd broke his Festival duck on Character Building in the Fulke Walwyn Kim Muir Handicap Chase in 2009. It proved to be the first of four wins in the amateurs race which were followed by Junior (2011), The Package (2015) and Cause Of Causes (2016).

Cause Of Causes has gone down in Cheltenham legend as a three-times Festival winner, in three different races, as he and Codd also won the National Hunt Chase in 2015 and Glenfarclas Cross Country Chase two years later.

“Every winner is special, particularly your first one,” he says. “At the time of Character Building I had ridden out my claim and ridden a winner at Punchestown, but hadn’t done anything on the big stage in England.

“Riding a winner at Cheltenham brings you to the big stage. I was 27 and had been going to Cheltenham for five or six years.

“But I would have to say Cause Of Causes winning the Cross Country for his third win was fairly incredible. He was a horse who had to be ridden from the back. He liked to pass horses and the more he passed the more encouragement it gave him. He finished out his races very well.” 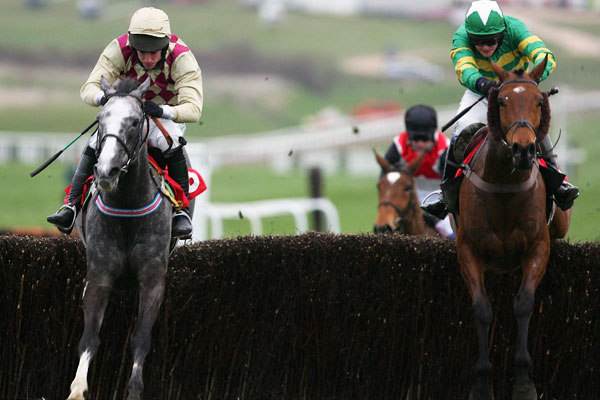 Character Building, left, has a narrow lead at the last on his way to providing Codd with a first Festival winner in the 2009 Kim Muir. 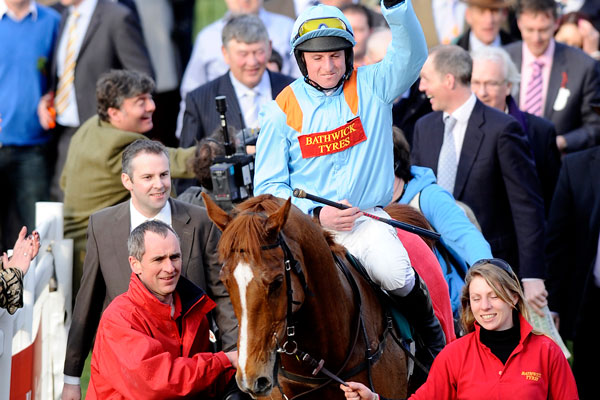 Codd teamed up with David Pipe to land the 2011 Kim Muir with Junior. 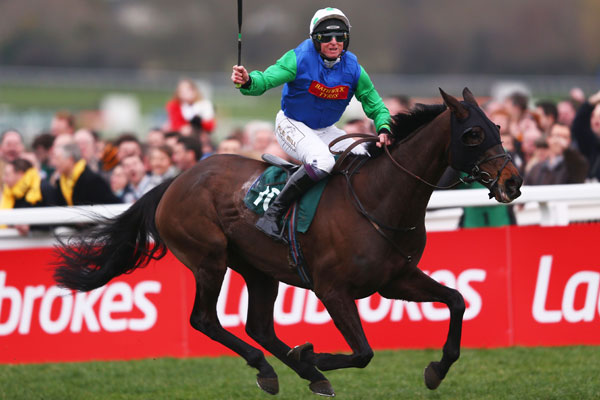 Codd has the luxury of an early celebration as The Package storms home in the 2015 Kim Muir. 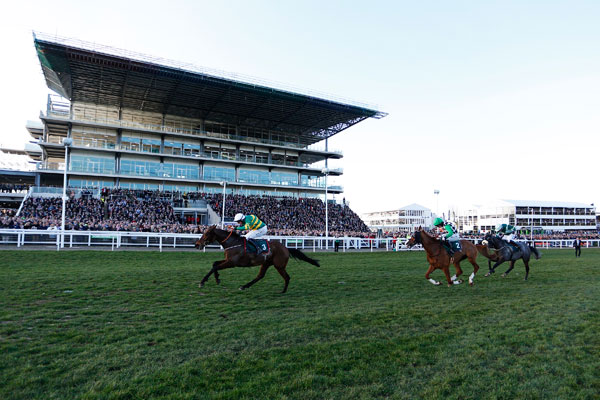 Cause of Causes is driven out to win the 2016 Kim Muir - a fourth win in the race for his rider. 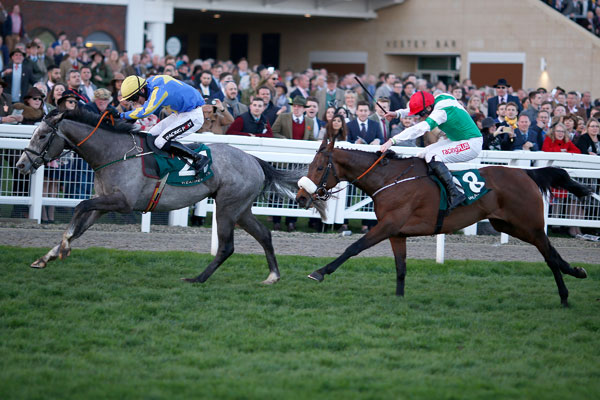 After getting left at the start, Codd had to opt for Plan B when driving Fayonagh to a remarkable Champion Bumper win in 2017. 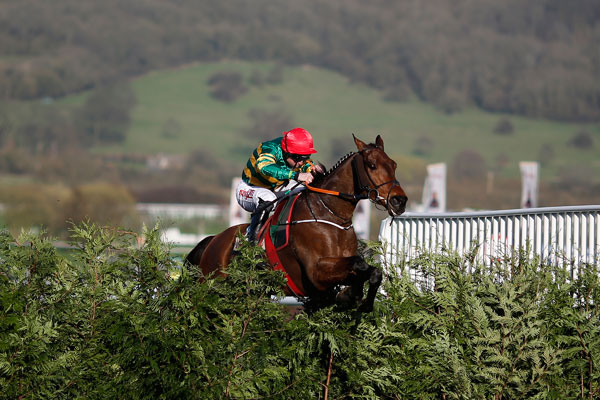 Cause of Causes landed his third Festival victory under Codd in the 2017 Cross Country Chase. 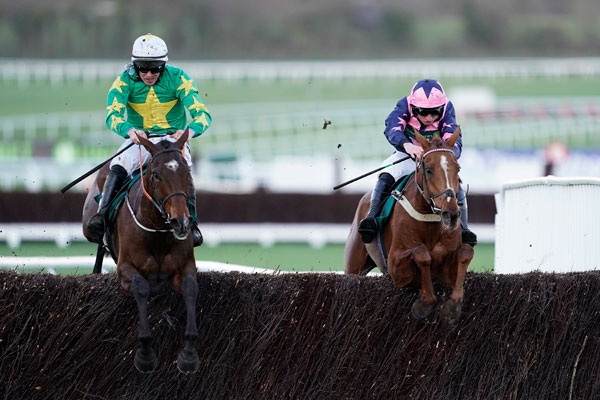 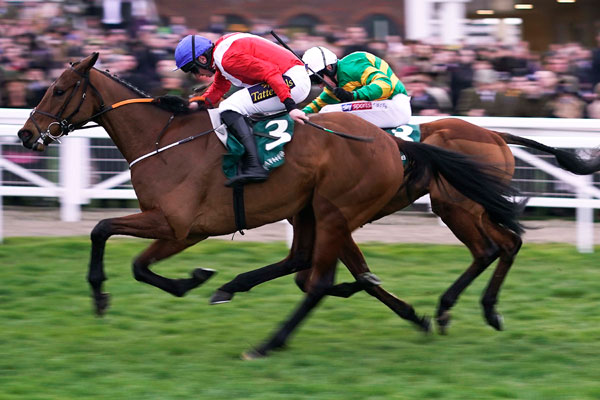 Codd was to finish second in the 2017 Grand National on Cause Of Causes and would love another crack at the race or to ride in the Cheltenham Gold Cup, opportunities that are hard to come by even for him.

“I am only an amateur so you have to make the best of the races you can ride in,” he says. “Years ago I had it in my head to go professional for a while but I didn’t do it. I was in Willie Mullins’s at the time and he thought it wouldn’t be a good idea.

“If you were pitched in against the likes of Ruby Walsh, Barry Geraghty, Paul Carberry or Davy Russell you get found out fairly quickly.

“Thankfully I have had a successful amateur career. If I had turned professional I could have struggled and might have not been able to ride for the same people.

"I think it’s worked out quite well.”