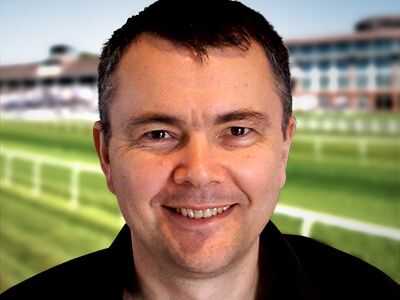 Hugh has two selections online for Newbury on Wednesday plus a bet for Thursday at Newmarket's July Festival.

JUNGLE SPEED’s form figures have a Jeckyll and Hyde look to them, but he’s well up to making an impact off his current mark when he’s at his best, and he might be worth chancing at Newbury today (5.40) following a stable switch that has already paid off twice for his current connections.

A handicap winner in France as a 3yo, he ran a huge race on his debut for Ivan Furtado at Newcastle, making the running at a good pace into a headwind and keeping on really well in the circumstances.

He shaped as if amiss on his only subsequent start at Southwell, travelling well for the first half of the race but then stopping very quickly.

He has subsequently been switched from Ivan Furtado to David Loughnane, a move that has worked twice in the last few weeks for the same connections, with both Badayel and Juniors Dream landing big gambles.

There’s a question mark if the ground rides testing, but at the odds he looks worth chancing.

HONORE DAUMIER was a horse that I noted on more than one occasion last season as the type to do well in 3yo handicaps and he might be able to make his presence felt on his seasonal reappearance at Newbury (6.10).

He showed signs of ability racing prominently in maidens last season, but seemed suited by a switch in tactics on his final start. Making his handicap debut and dropped to 6f, he was slowly into stride and outpaced in the early stages, and was still last and not seeming to be travelling especially well approaching the 2f pole.

However, once switched to the outer he produced a scything run to pass all his rivals bar the narrow winner Waddat, who defied a 6lb higher mark next time.

He certainly left the impression that day that 6f was very much on the sharp side for him and he now steps up to a mile, and has cheekpieces fitted, presumably to help sharpen him up in the early stages of the race. His stable has been going well and he’s an interesting 3yo handicapper in the making.

LORD CAMPARI looked a star in the making when winning at Newbury in June, and more importantly the clock backed up the visual impression, so with rain having arrived at Newmarket he looks worth backing for Thursday’s Sir Henry Cecil Stakes.

He held entries in the Dewhurst Stakes and the Royal Lodge Stakes prior to his 2yo debut at Sandown, where a steady pace over 7f on quick ground probably wasn’t much help to him.

That experience wasn’t lost on him and he looked a totally different proposition on his 3yo return at Newbury, travelling strongly and not at all hard ridden to power clear of Tsar. The runner-up was conceding him 7lb but was no match for the winner, yet won impressively off a mark of 88 next time and looks potentially Pattern-bound himself.

The time and sectionals combination was notably impressive. He recorded a time 0.65 seconds faster than that by Lord Century in a Group Three event over the same course and distance, and although the latter race was run at a slightly steadier tempo, the winner’s closing sectional was only marginally faster than that of Lord Campari.

Moreover, Andrea Atzeni was virtually motionless on Lord Campari until the 2f pole and only really asked him to stretch out approaching the final furlong.

He has a round action so this track on very quick ground might have been a concern, but with the ground easing to good, good to firm in places this morning and further rain forecast, he should be okay on that score. Although this is a potentially warm race featuring some interesting rivals, he’s taken to confirm the impression that he’s a high-class colt in the making.

Hugh gives a daily indication of when the column will be published via Twitter.com (username is HughRacing). You can also listen to a Final Furlong Podcast special in which Hugh explains the methodology behind the column here.

FAQ: Click here to read Hugh's answers to your most frequently asked questions.

View Racecard
betway
Up to £30 in free bets